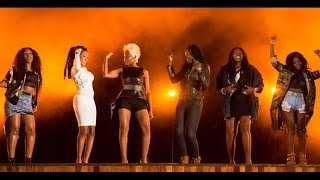 In 2015, the ONE Campaign launched its Poverty is Sexist campaign, asking women and men around the world to take "strengthies" (strong selfies) in solidarity with the women's rights movement. ONE also produced the "Strong Girl" video to promote African artists in the movement. On International Women's Day 2016, ONE has issued a letter signed by Hollywood luminaries, musicians and activists such as Oprah Winfrey, Robert Redford, Muhammad Ali, Sheryl Sandberg and others. (June

Sustenance Group is proud to announce the launch of ReverbNation’s MUSIC FOR GOOD, the world’s first ecommerce platform that allows musicians to sell songs directly to their fans and designate half the proceeds to a charity of their choice. Sustenance Group partnered with ReverbNation to establish and develop partnerships with charities that represent a wide variety of causes, from clean water and cancer treatment, to injustice, poverty and music education. MUSIC FOR GOOD cha